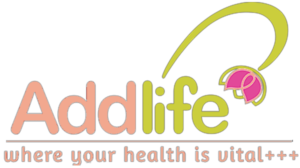 Ever tried to DIY juice? Too much of this, not enough of that, and you quickly end up with a funky-tasting experiment. We’ve taken the guesswork out of the equation with these juicing recipes that are just as good as they are good for you.

Drink to Your Health
A month ago I decided to start juicing. Call me lame, but those celebs with totally covetable bikini bodies are always toting around algae-colored concoctions. I figured that juicing, aside from breathing, is about the only thing we could have in common.

So I bought a juicer and an entire basket of produce and went to town. My first batch was gnarly (I don’t love kale that much), but eventually I got the hang of it. Now I feel like one of those women who does yoga at 6 a.m., whips up her own face scrub and meditates — without actually doing any of those things.

While I could just buy juice at the store, a lot of bottled varieties contain added sugar. Also, they’re pasteurized (heated to kill off bacteria and extend their shelf life), which fresh-juice fans say degrades nutrients, though there isn’t much research to back up their claim. Bottled juice may contain a bit less vitamin C (the nutrient breaks down the longer it sits on a shelf), but “the difference probably isn’t large enough to have a significant impact on your health,” says Luke Howard, PhD, a food scientist at the University of Arkansas in Fayetteville.

One thing everyone can agree on is that juice made minutes before you drink it tastes way fresher, and that’s a big reason so many people are converts. Plus, juicing helps you sneak in a bunch of produce. Because about 70 percent of women struggle to meet the USDA’s quota of four to four and a half cups a day — including me, and I’ve never met a fruit or vegetable I didn’t like — that’s key. “You’d be hard pressed to eat three carrots and half a bag of spinach in one sitting, but you can easily squeeze that much into a juicer,” says Dawn Jackson Blatner, RD, a FITNESS advisory board member and the author of The Flexitarian Diet.

Juice isn’t a replacement for whole fruits and veggies, of course, but it does let you fit in ones that you might not eat otherwise, like beets or carrots, especially at breakfast, which is usually a no-vegetable zone. And the more produce you consume, the better. People who got just three servings of vegetables a day lived nearly three years longer than people who avoided veggies, according to a study in the American Journal of Clinical Nutrition. Upping your intake can protect against cancer and help you drop pounds too (produce is low-cal and full of water, which fills you up). Plus, because the cells in fruits and veggies are broken down by juicing, their nutrients are easier for your body to absorb, says Nicole Cormier, RD, a coauthor of The Everything Juicing Book.

Making your own juice can also serve as a reset button, say Zoe Sakoutis and Erica Huss, the founders of the juice company BluePrint. For instance, I’ve stopped snacking on Sour Patch Kids, which is probably because juicing is putting me in a healthier mind-set.

Reality Check
But there are downsides. Juicing is a time suck. If I have to choose between blow-drying my hair and making juice in the a.m., my hair wins. And it can be expensive, because you have to buy a ton of fruits and vegetables and shell out for special equipment.

Juicing also leaves chewing to be desired. That’s important from a weight standpoint because solid food is more satiating than liquid, says David Katz, MD, the founding director of the Yale-Griffin Prevention Research Center and the author of Disease-Proof. Juice is a concentrated source of calories that’s easy to consume in a few gulps and contains little or no filling fiber. And because it’s digested faster than solid food, it causes a rapid increase in blood sugar. Translation? Drinking too much juice, especially fruit juice, can actually contribute to weight gain and has even been linked to type 2 diabetes.

That’s not exactly what I wanted to hear. But the good news, Dr. Katz says, is that juicing can be healthy as long as you’re strategic about it. Think of it as you would grilling, sauteing or steaming — you wouldn’t do it all the time, but it’s a good tool to have in your produce prep kit.

Because juice doesn’t contain fat or protein to sustain you long-term, pair it with a slice of whole-grain toast and peanut butter for breakfast or with almonds or string cheese as an afternoon snack. And make it veggie-focused (Dr. Katz advises a ratio of two parts vegetables to one part fruit for just a hint of sweetness) to keep sugar in check.

With these things in mind, I’m practically a juicing master. I did add an entire lime to my last batch (wowza, sourness!), and the paparazzi have yet to mistake me for a famous actress. But I do feel darn good when I start my morning with a big glass of spinach, apples, and kale.

DIY Delicious
Don’t shell out $10 — make your own juice-bar best sellers for much less. Just add the ingredients to your juicer in the order listed.

The Truth About Juice Cleanses

That friend who lost seven pounds by surviving on juice alone for a week? Before you follow in her footsteps, know this:

You’re not flushing anything out. Your body runs on an auto-cleanse system that’s managed by your kidneys, liver, and intestines, and there’s no evidence that juice improves the process. If you feel “lighter,” it’s probably because you’re eliminating junk food, not toxins.

You won’t stay slim forever. You may drop several pounds quickly, but most of it’s likely to be water weight. When you cut calories, your body gets energy by releasing glycogen, a type of carb that holds on to water. As soon as you stop the cleanse, you gain the pounds back. Lasting weight loss comes from changing your diet long-term.

You might feel as if you have the flu. Fatigue, nausea, insomnia and headaches are some of the possible side effects. And if you have a history of eating disorders, a juice fast can trigger a recurrence.

Blades of Glory
There are three kinds of juicers: fast, slow and “whole food.” Here’s how they stack up.

Best for beginners: Centrifugal, or fast, juicers use blades to break down produce in seconds. They tend to be compact, budget-friendly, and easy to clean — plus you can insert whole fruit without chopping it first.

Investment Piece: Masticating, or slow, juicers crush and press produce and don’t use heat, which some experts say kills plant enzymes (though others say heat increases the concentration of antioxidants). These also extract more juice, especially from leafy greens.

Most versatile: Whole-food juicers are basically high-powered blenders that preserve the fiber-rich pulp. You’ll probably feel fuller, but some people find the thick texture unpalatable. You can also use these to make soup, nut butter, and more.